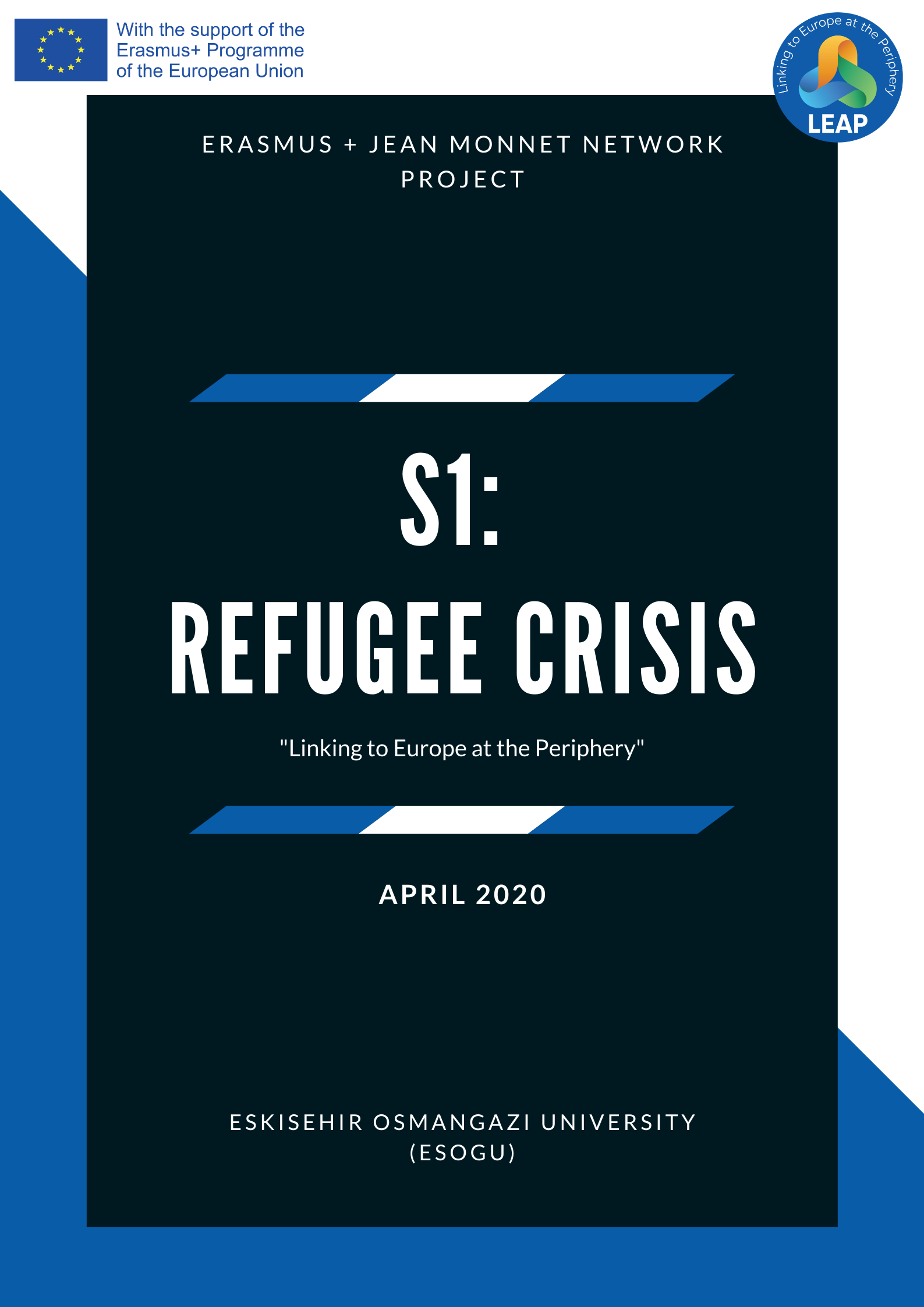 Summer of 2015 witnessed one of the most severe humanitarian crises Europe has faced recently with the massive influx of Syrian refugees to the region. From those fleeing the war in Syria to those who had to cross the Central Mediterranean to reach Europe, many people had been exposed to the severe consequences of the so-called ‘refugee crisis’. The EU has taken some precautions to alleviate the crisis, which had a direct impact on ordinary citizens.

The first simulation of the LEAP project will be on the ‘refugee crisis’, which will allow university students from every participant country of the Network to gain formal knowledge on the process of decision-making in the EU. Moreover, they will learn how the decisions they make impact their citizens and how other factors can affect outcomes, including time pressure, press and civil society. It will be organised by the Simulation Team of the LEAP project (2 staff+ 2 non-staff) at Eskisehir in April 2020. Non-specialist audiences, such as high-school students and local authorities working at European projects will also be invited to the simulations to increase the exchange between groups from different walks of life. The aim of ‘exchanging practices’ will be accelerated further by the 2 films that will be produced after each simulation and that will be uploaded to YouTube.

About the EU Simulation:
Model EU also referred to as MEU will be a three-day simulation of the European Union’s legislative process (formally referred to as the co-decision procedure). Participants will receive preparation materials on the agenda items in the lead-up to the conference which will be prepared by the Secretariat. MEU will simultaneously simulate two institutions of the EU: The European Parliament and the Council of the European Union. Within the simulation the students will be able to choose from the roles of:

On the first day of the simulation the participants will attended a workshop on the Rules of Procedure of the MEU, in order to make the simulation as realistic as possible and to familiarize them with decision-making processes in a MEU simulation. The simulation will start with a presentation of the European Commission's proposals for the agenda item in the Parliament as well as in the Council. In the remaining days students debate the agenda items, order party-group meetings and propose amendments to the proposal of the European Commission. On the final day students cast their final votes on each proposal. In addition, MEPs and Ministers will have to justify their actions at press conferences and journalists will report on the decision making process throughout the conference in the MEU newspaper and in video news reports. Apart from the formal sessions of the Parliament and the Council, additional informal meetings will also take places such as meetings required by different political groups in the Parliament.

The simulation promotes intercultural exchange and at the same time it provides students with a hands-on experience of the EU by fostering a broader EU awareness. Moreover, students will have the opportunity to improve their debating, negotiating and team-work skills.

Gallery is going to be updated after activity.